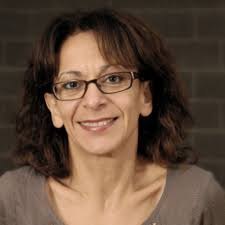 For most of my career my work focused on the cellular and ionic mechanisms controlling the neuronal firing pattern in brainstem circuits involved in pain and movement control of the orofacial region. In the past decade I became increasingly interested in defining the contribution of astrocytes to neuronal computations and have used imaging, optogenetics, neuroanatomy and mostly electrophysiology approaches to better understand their role in the sensori-motor integration occurring in brainstem, and recently cortical circuits. Our recent work described how astrocytes, astrocytic coupling and the astrocytic calcium-binding protein, S100b, determine the neuronal firing pattern by regulating the extracellular Ca2+ concentration. More recent studies extend these findings to circuits of the visual cortex to gain an in-depth understanding of how astrocytes also affect the ability of cortical pyramidal neurons to integrate sensory and contextual information reaching different parts of their dendritic trees.  I have been an independent researcher for over 24 years and have gained throughout the years a solid reputation as an electrophysiologist and an authority in the trigeminal field. I believe that my expertise in electrophysiology for single cell recordings is an essential asset to this proposal.